When one cold night can ruin an entire year’s hard work...

It’s best to play it safe.

Since 1967, we have engineered and built our wind machines with precision technology. We take pride in the details, which is why growers from around the world trust our name. We design machinery to match your needs and are there to help throughout the process.

At Orchard-Rite, we are dedicated to serving you and your crops by providing the tools and knowledge to stave off those frosty nights. 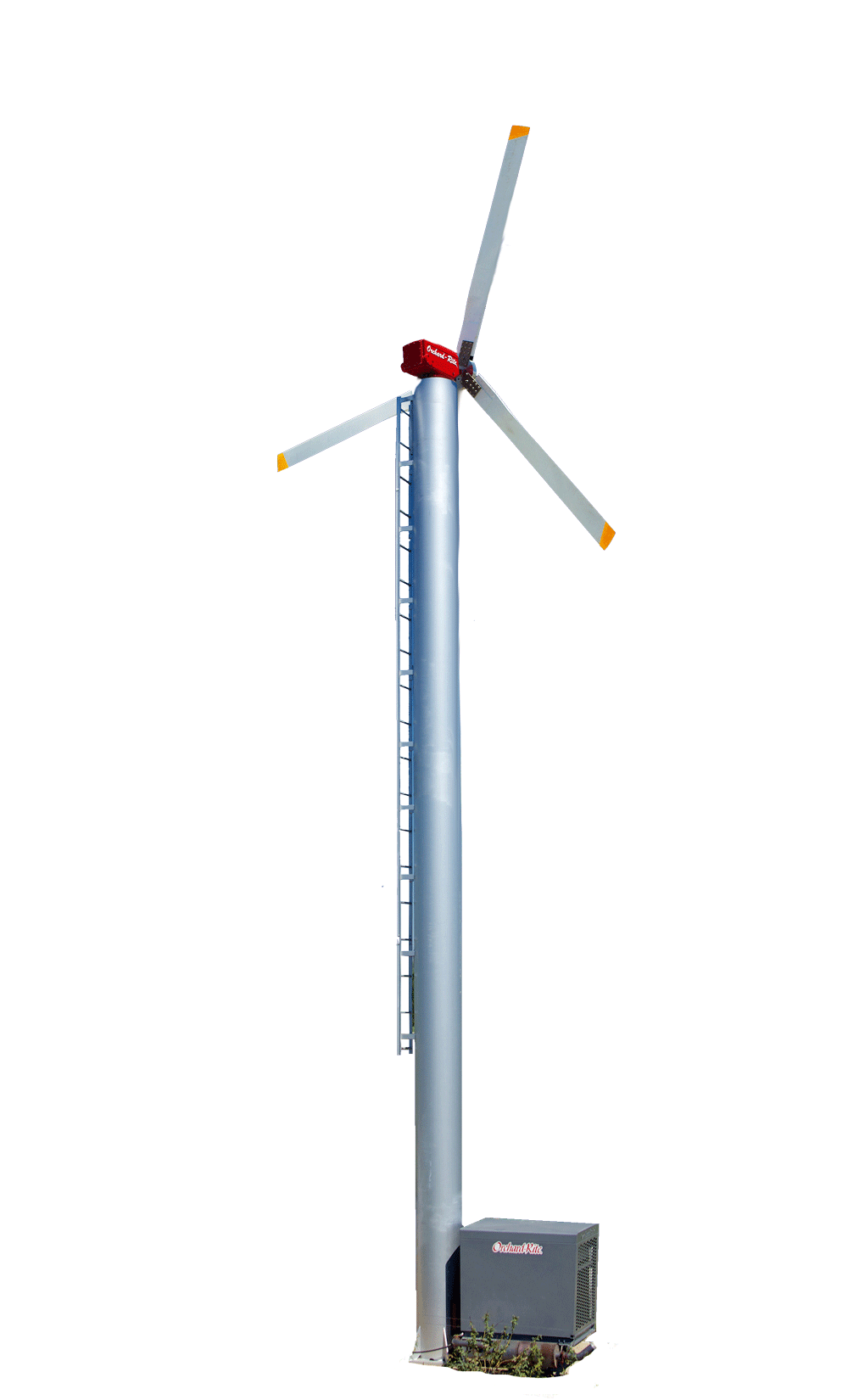 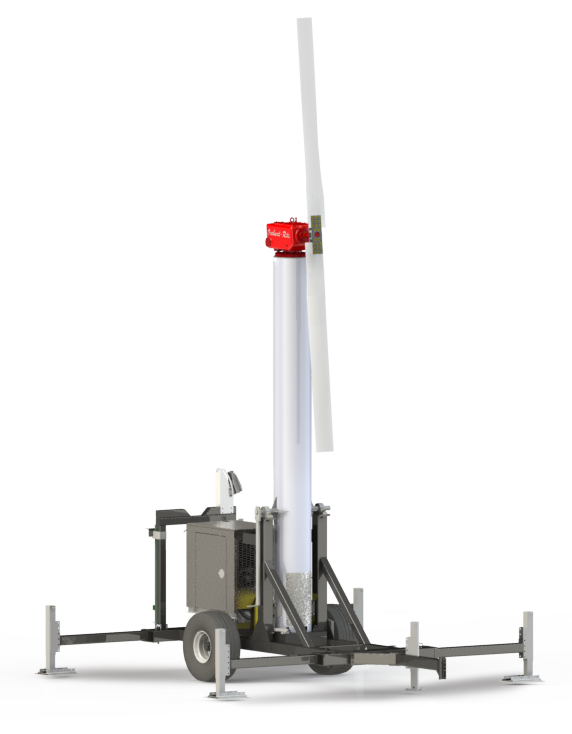 Crop protection on the go... 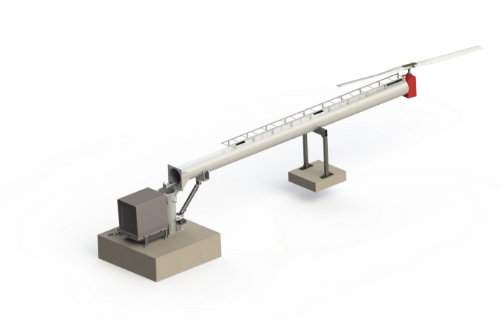 Protection from any location... 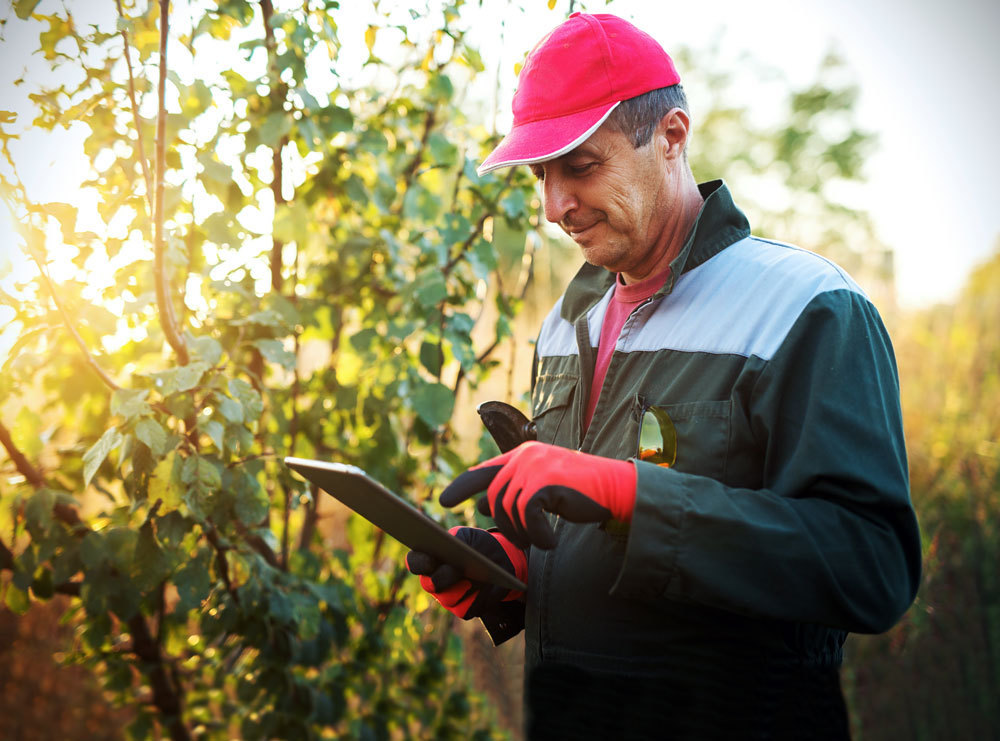 ORCell™ is the latest innovation in wind machine technology. It allows you to remotely monitor and control your machines from anywhere in the world. As its name suggests, ORCell™ works by connecting wind machines to a cellular network and from there, the internet.

From the internet, the ORCell™ website provides live status updates so you’re always informed. Receive emails and text alerts while you’re on-the-go and adjust settings of all of your machines as needed. Provides convenience and peace of mind while saving you time and money. 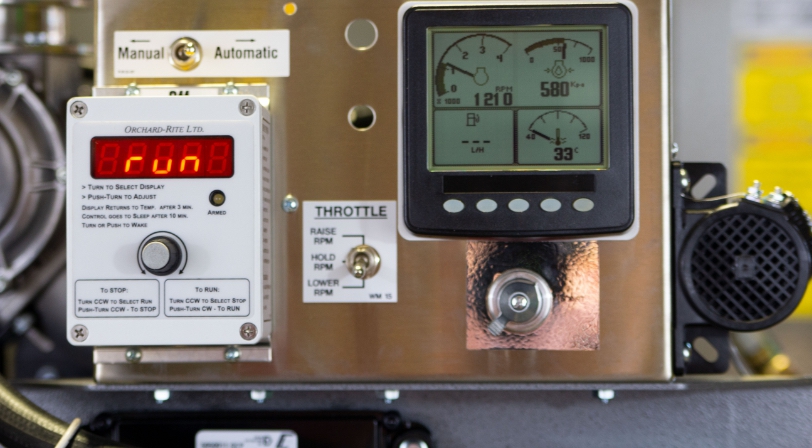 Designed in-house, Auto-Start™ technology provides automated protection against frost. Created with settable start and stop temperatures, you control the temperature at which the machine turns on and shuts down. Our Auto-Start™ accessory is accurate to +/- 0.5°F (0.3°C), providing you the peace of mind that your crops will continue to thrive. This accessory is an option for all new Orchard-Rite® wind machines and can be retrofitted to most other makes and models.

*Pursuant to the terms and conditions of the Orchard-Rite extended warranty agreement. 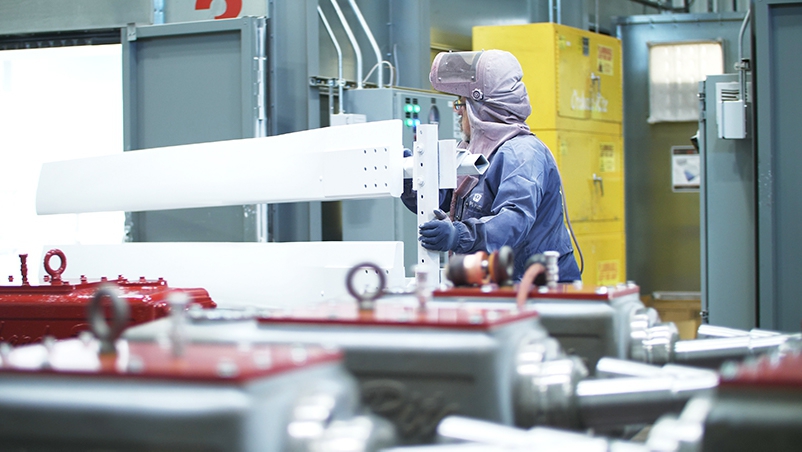 What Makes Us Different?

From the drafting table to installation, Orchard-Rite® wind machines are engineered and assembled with care and precision. We use the finest raw materials and skilled craftsmen to machine and assemble our products. Our all-fiberglass blades are constructed using a unique design and proprietary process, making them the safest and most effective blades on the market.

Consistent stability for every region...

*Pursuant to the terms and conditions of the Orchard-Rite extended warranty agreement.

Dependability on the go...

The Orchard-Rite® Portable Wind Machine is ideal for mobile drying and frost protection. Do you have multiple crops, leased land, or crops that need protection in multiple seasons? Do you have an estate vineyard and need to keep your view free of machinery? Or, do you need to dry your crop to accelerate harvest or prevent disease? If you said yes to any of these questions, then this is the machine for you. Whether you need long or short-term protection, the Orchard-Rite® Portable Wind Machine is your solution.

Customize for your best harvest...

When you use Orchard-Rite equipment, you not only get top-quality performance wind machines, but you also get over 50 years of experience. Whether it’s learning about how different weather conditions affect your crops to discovering what crops can be protected by Orchard-Rite® wind machines, we want to be your one-stop for all of your product and knowledge needs. 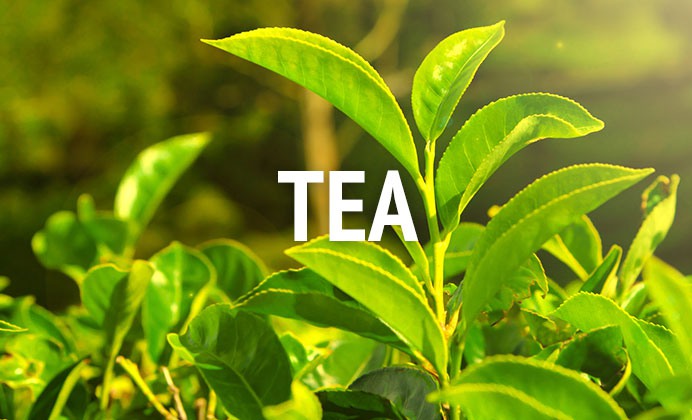 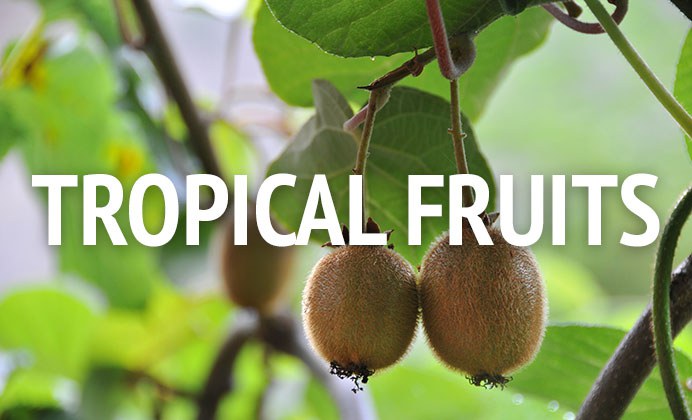 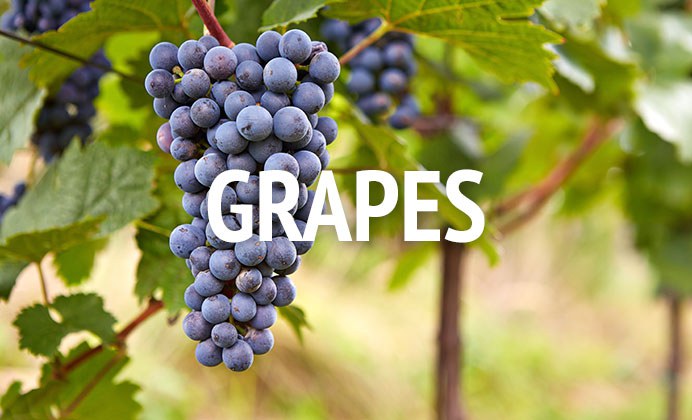 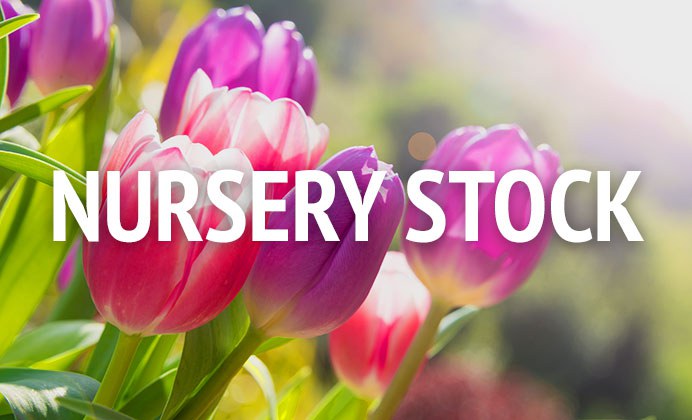 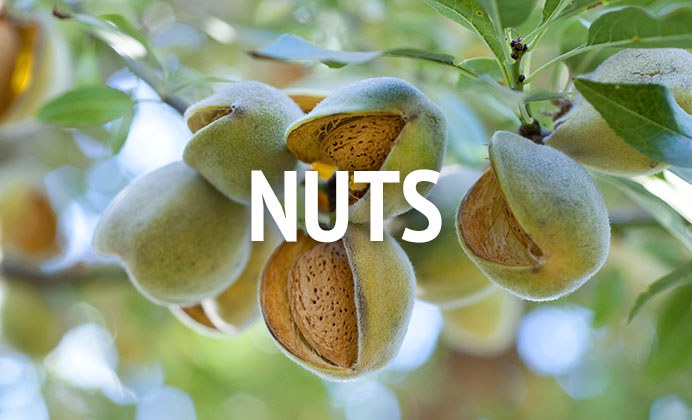 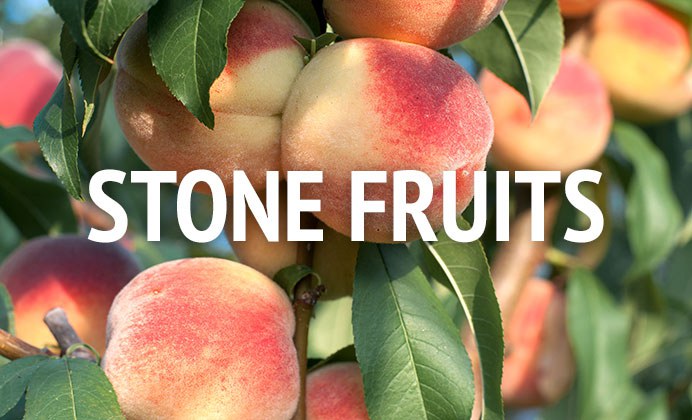 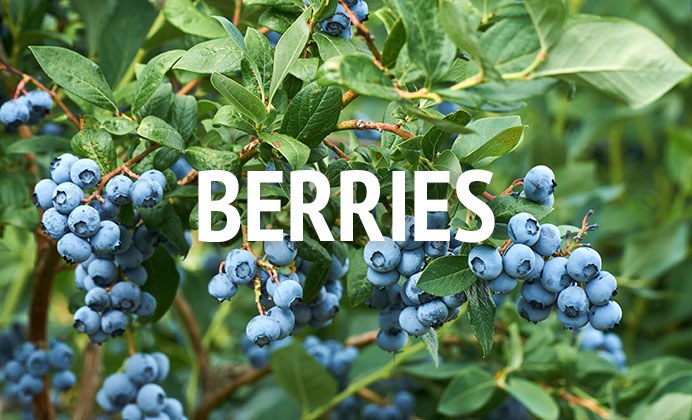 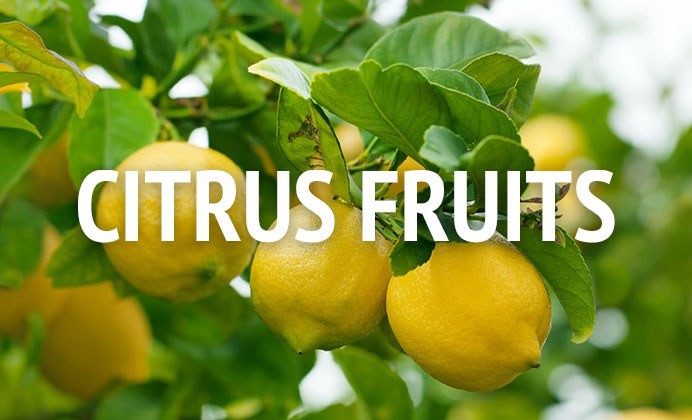 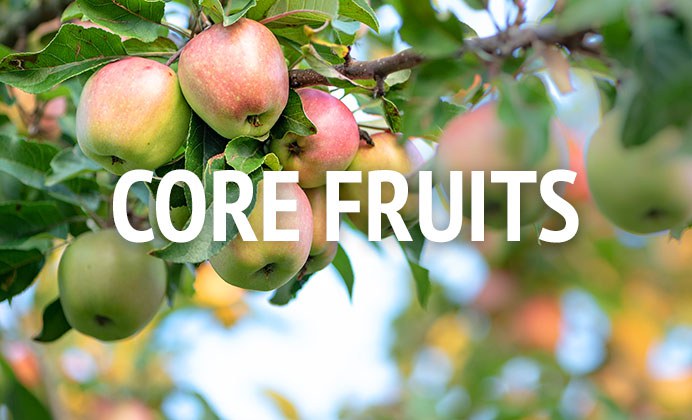 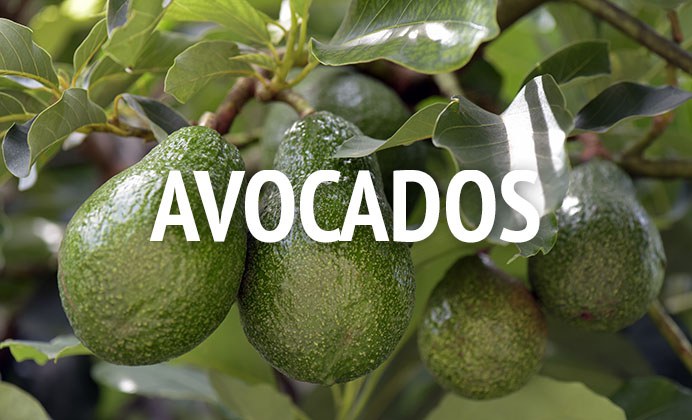 Spring frost or winter freezes are a threat to crops around the world. Orchard-Rite® wind machines can protect any crop, in any location, regardless of the conditions. Stone fruit, like apricots, peaches, and cherries, thrive under the constant protection of wind machines. Vulnerable tea leaves and fickle grapes reach full maturity when you use Orchard-Rite® wind machines to work with mother nature. Even exotic, tropical fruit like avocados and kiwis are susceptible to frost damage. Our wind machines are there to protect any crop, from nuts to berries, citrus to nursery stock. On cold nights, never worry about your harvest again because our wind machines are there for you 24/7.

The Science Behind Wind Machines

Wind machines work with nature to pull the warmer air down into the orchard or growing field to raise temperatures and save crops.

There are two types of freezing weather that can affect crops, advective and radiational. Advective freezing typically occurs in colder, winter months. Radiant frost most frequently occurs in the spring and fall when crops are the most vulnerable.

Advective freezing occurs when cold air is pushed into a region by winds, replacing the warm air that was present.

Radiant frost happens when the sun heats the air and ground around the crops during the day, but cooler temperatures move in at night. When the air cools at night, the heat from the ground radiates and rises, causing a rapid drop in temperatures near the surface. This drop in temperature causes frost to accumulate on plant surfaces, pulling moisture from the plants, leading to dehydration which can cause crop damage.

The warmer air that rose above the ground during the night doesn’t just escape into the atmosphere, it is often trapped in a layer above the crops forming what’s known as an inversion layer.

Wind machines have proven to be an effective and cost-efficient means of protecting crops of all kinds against the damaging effects of radiant spring frost and advective winter freezes.

Work with Mother Nature using wind machines to protect your operation by calling on the experienced professionals at Orchard-Rite.

No. Wind machines have the opposite effect by keeping plant surfaces warmer under still, calm conditions. On cold, calm nights, the plant surfaces radiate their heat and actually become colder than surrounding air temperature. Wind machines warm those surfaces by moving air across them every five minutes.

We recommend starting the wind machines 4° F (2.2° C) above the critical temperature for the crop being protected.

Critical temperature is the temperature expected to inflict at least 10% mortality in the buds, fruits, canes, or woods, depending on the crop. In tree fruit crops such as apples, pears, peaches or apricots, specific tables have been created after testing that identify the expected 10% kill temperatures. Where bud charts do not apply, in some areas, the industry provides freezer testing of wood to determine critical temperature.

Supplemental heat is used on nights when the forecasted low is more than 4° F (2.2° C) below the critical temperature. The use of supplemental heat can be expected on nights when the sky clears early, the wind dies early and there is a dew point that is 5°+ (2.75°+ C) below the critical temperature. The wind machine will circulate the heat through the block and between machines to prevent the heat from dissipating into the air above the crop.

Supplemental heat is most needed on the side of the block where cold air is infiltrating the protection zone, these areas include behind ditch banks, road beds, and in low areas. Heat in this area will be carried into the block by the drift and will help the wind machine keep the temperature above critical on the edge. Without the supplemental heat, the temperature on the drift edge will decrease during the night and damage will occur as the machine struggles to keep the temperature above critical. Supplemental heat can be placed in lines between the wind machines so the heat can be circulated back and forth to help improve conditions in the entire block.

Many forms of supplemental heat are used, but the most common are under-tree sprinklers, diesel or propane heaters and wood- or coal-fired heaters.

Orchard-Rite® wind machines can be equipped with ORCell™ (cellular) monitoring technology. This allows you to monitor wind machines remotely and react quickly without having to physically be in the field. 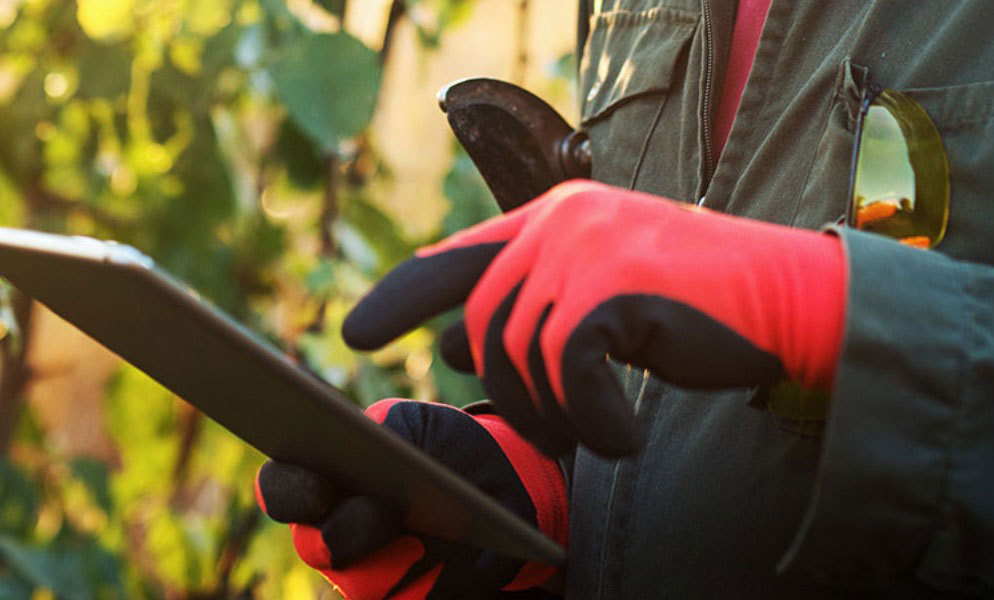 Designed in-house, Auto-Start™ technology provides automated protection against frost. Created with settable start and stop temperatures, you control the temperature at which the machine turns on and shuts down. Our Auto-Start™ accessory is accurate to +/- 0.5°F (0.3°C), providing you the peace-of-mind that your crops will continue to thrive. This accessory is an option for all new Orchard-Rite® wind machines and can be retrofitted to most other makes and models.

Improves wind machine coverage on slopes, knolls, ridges or plateaus. The Contour Head can be custom designed to fit the needs of any terrain. Allows one machine to cover an area that normally requires two standard machines.

Designed with the latest technology and precision-built for frost control. Strongly reinforced at stress points for added safety and reliability. No wind exclusion in the warranty.

Allows for a custom sweep area up to 180 degrees. Ideal for narrow fields & canyons. Prevents wasted coverage of unimportant areas.

The model 2430, 3-blade wind machine was designed specifically to provide the highest degree of noise reduction found in the industry and ensure maximum frost protection. We designed a machine that only produces 49dB at 300m and more airflow than any other multi-blade* wind machine on the market. In addition, using our 3-blade wind machine in lieu of water to protect crops, saves precious water resources where drought is common and water protection is not cost effective.

*Multi-blade refers to wind machines with three or more blades.